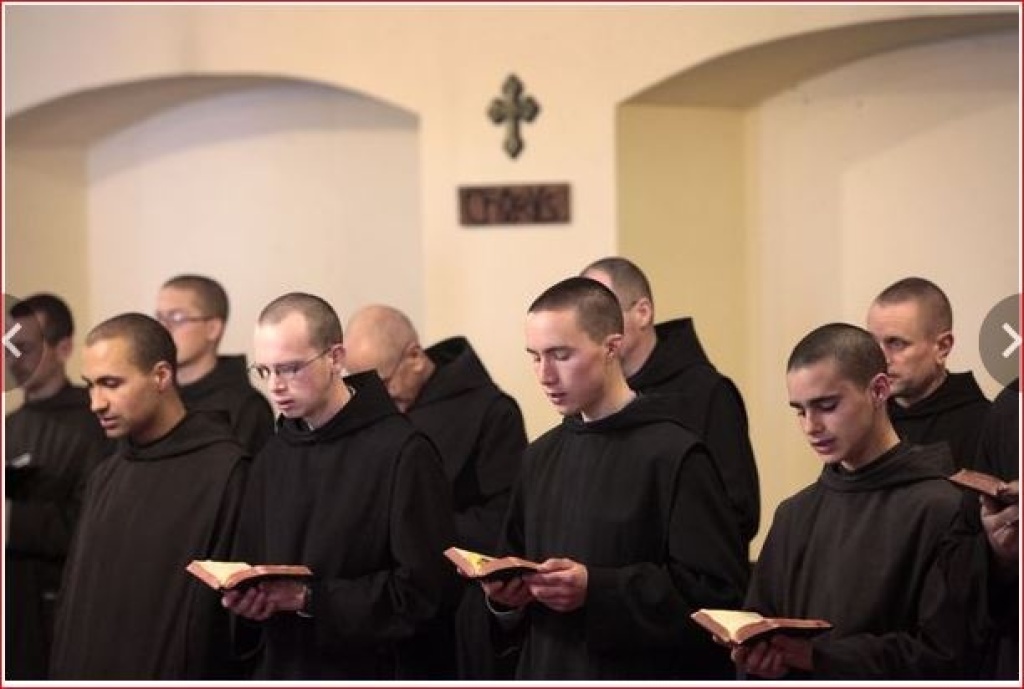 In our last posting Archbishop Chaput of Philadelphia saw two choices for Catholics living in a post Christian America. One was to retreat and the other to lead a vigorous faith filled life. An article in the the WSJ dated Sunday ,February 18/19 ,2017 presented the retreat choice.

In 1999 a few monks arrived in Hulbert, Oklahoma and proceeded to build a Benedictine Monastery in the Ozark foothills. Dozens of families from California,Texas and Kansas have followed since ,drawn by the Abbey’s traditional mass—conducted as it was more than a thousand years ago—and by the desire to live in one of the few communities in the U.S. composed  almost exclusively of  traditional  Catholics.

The 100 or so people living here are part of a burgeoning movement among traditional Christians. Feeling besieged by secular society they are taking refuge in communities like this one,clustered around churches and monasteries,where faith forms the backbone of daily life.

As the proportion of Americans without any religious affiliation continues to grow ,more Catholics are considering where they can go to live out their faith more fully. It has been dubbed the “Benedict option”, in homage to St. Benedict, who as a young man left the moral decay of ancient Rome to live in the wilderness.

“We’ve opted to come away from urban surroundings—and the lives that we knew—to follow more closely the Lord,” said Maria Gerber,61, who moved here in 2008. “We know from history,from the Middle Ages, that beauty and spirituality radiates mystically from the abbey. And it’s happening.”

It’s Lent, how do you feel about doing a “mini” Benedict Option for yourself. What would it look like?