Who do you say that I AM? 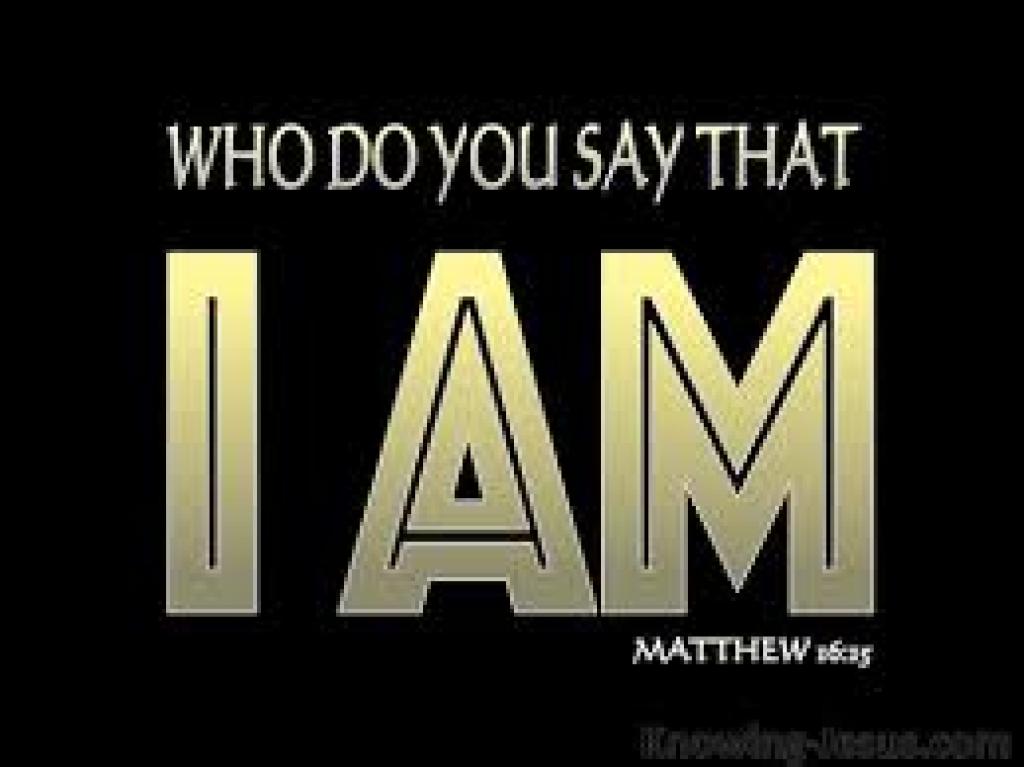 When we hear this question that Jesus asked his apostles we might think “I wouldn’t want to be in their shoes.”  Talk about being put on the spot.  It’s like a friend asking you “What do you think of me?  Jesus really challenged them.

He started out innocently enough when he asked them “Who do people say that I am?”  Of course the apostles, not having google or the internet, relied on the local gossip they heard around town.  “Oh, some say you are the prophet Elijah or even John the Baptist.”  People were definitely talking about him and wondering who he was . . . teacher, prophet or holy man?

Then Jesus asked them directly “But who do you say that I am?”  Most likely there was a long uncomfortable silence among the apostles before Peter spoke up and his answer was inspired. “You are the Christ, the Son of the Living God.” (MT16:16)

Two thousand years later, people are still wondering the same thing about Christ and asking “who is he”?  Today, this is the same question that we have to answer.  So who do you say that Jesus is?  It is a life or death question because at the end of our lives we will give the final answer.

Peter knew in his heart who Christ was and it changed his life and those of the apostles forever.  His answer really clarified their relationship with Jesus and their commitment to follow him even when it was very difficult.

So who do you say he is?  Won’t you open the door of your heart and allow Jesus to change your life as he did for Peter and the other apostles.  For Jesus says “Here I am!  I stand at the door and knock.  If anyone hears my voice and opens the door, I will come in and eat with them, and they with me.” (Revelations 3: 20)